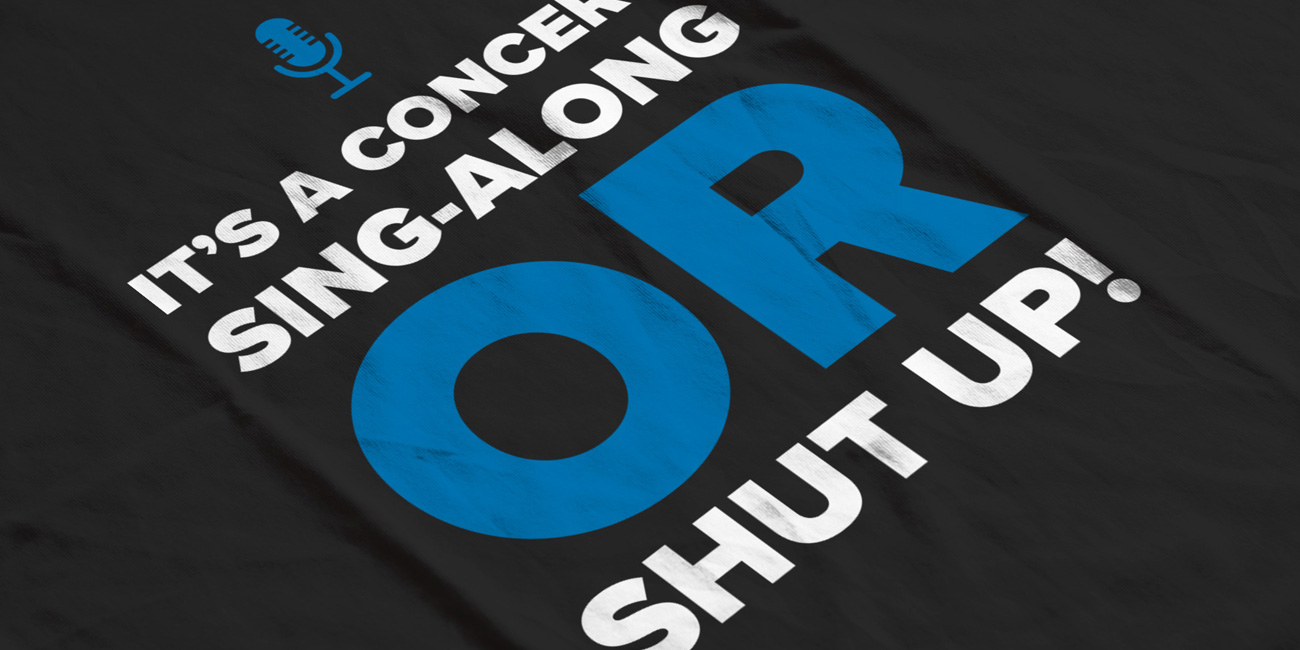 To commemorate our 10-year anniversary we invited you to come up with ideas for what you’d like us to create as our gift to you … on our birthday. And the winning idea was this simple idea that speaks volumes.
It came from a person involved in live music scene of Copenhagen, Denmark. It’s a person who was facing a specific problem when attending live shows.

The winning proposal was focusing on the overall problem of interruptance of the live music experience when attending concerts. These were divided in two:
#1: The focus on digital platforms during the concert
#2: Conversing during the live musical performance.
[smart-grid row_height="300" mobile_row_height="200" last_row="justify" margins="24" button_text="LOAD MORE IMAGES" button_size="big" captions_color="#972478" font_type="google" google_font="Allerta Stencil" font_size="20px" font_weight="500"] 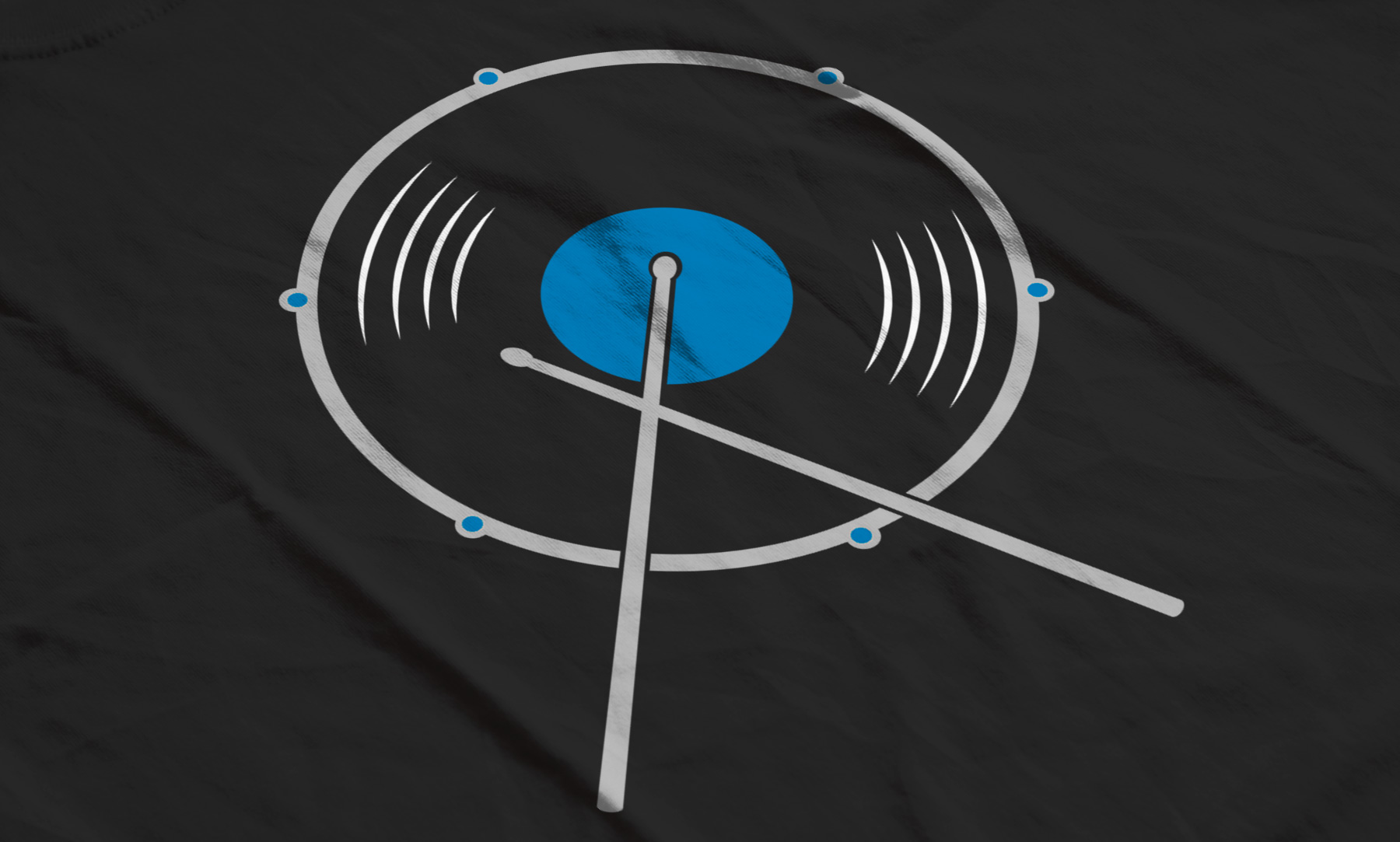 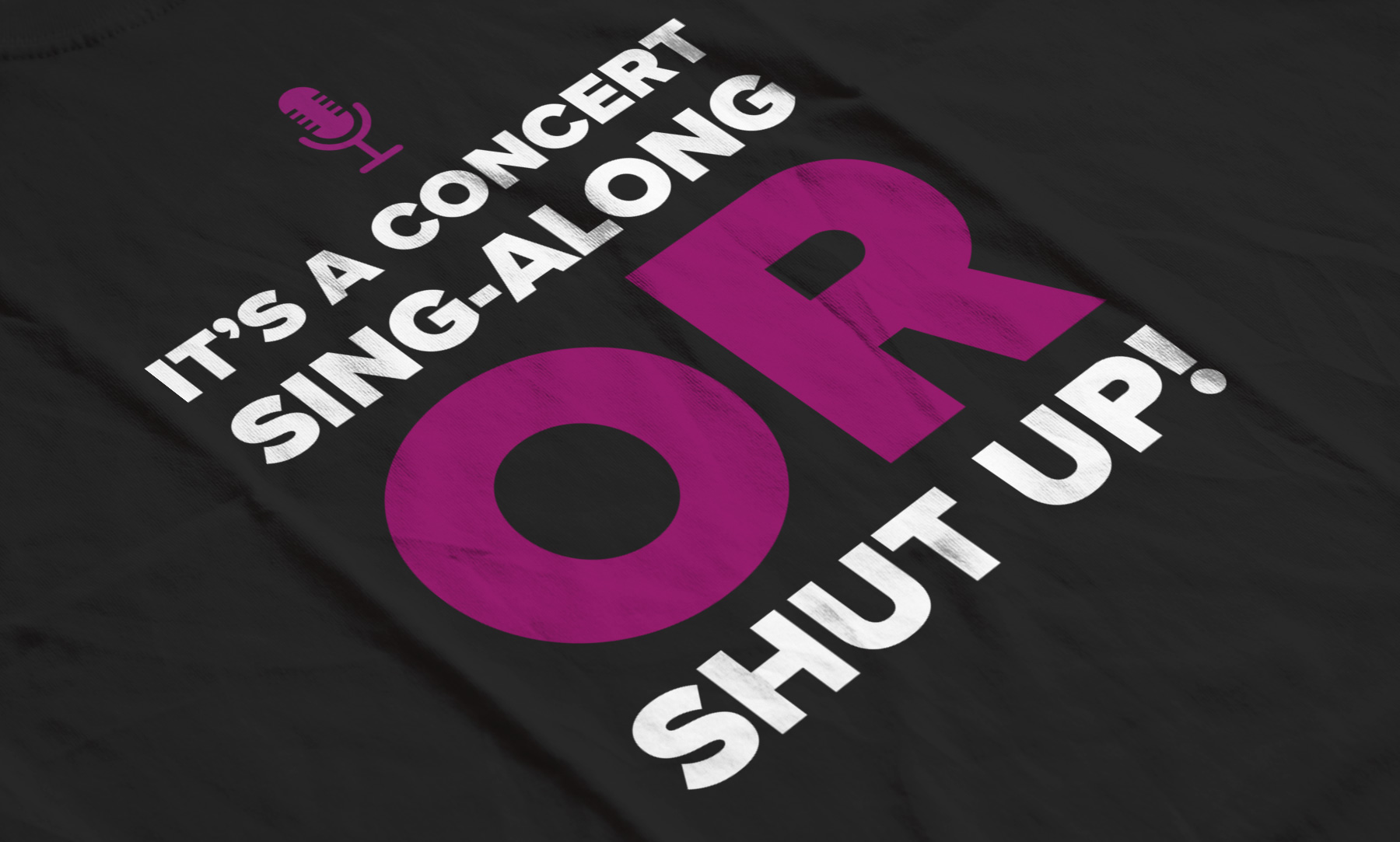 Confrontation by verbal addressing of these issues can often lead to unwanted consequences so we decided to communicate the message in a more direct, far more laidback and partly ludicrous matter.
Enter simple yet eye-catching t-shirt design – eye-catching in its laidback form, rather than primal form.

Front of the t-shirt deals with a problématique #1, is a homage to live music and enjoyment of physical music – two forms that generally looking might crave more focus, but they for sure also reward it.
The back of the t-shirt focuses on problématique #2, the issue of conversation during the live musical performance and the fun fact that somehow it’s always happens behind you.
Perhaps “the sinners” are not even aware of it and perhaps the simple, yet firm message on the back of this shirt will remind of why they are here.
Furthermore, before the concert kicks-off it will serve preventively while visible at the venue bar, in the pit or even in the restroom.

To start with the t-shirt is only produced in two main colours; blue and our own ID purple. T-shirt is at this time not available for purchase, because we want to keep it exclusive for the winner, its connections and the studio, but depending on live feedback we’ll consider the sales and more importantly, giveaways at concerts.
[smart-grid row_height="300" mobile_row_height="200" last_row="justify" margins="24" button_text="LOAD MORE IMAGES" button_size="big" captions_color="#972478" font_type="google" google_font="Allerta Stencil" font_size="20px" font_weight="500"] 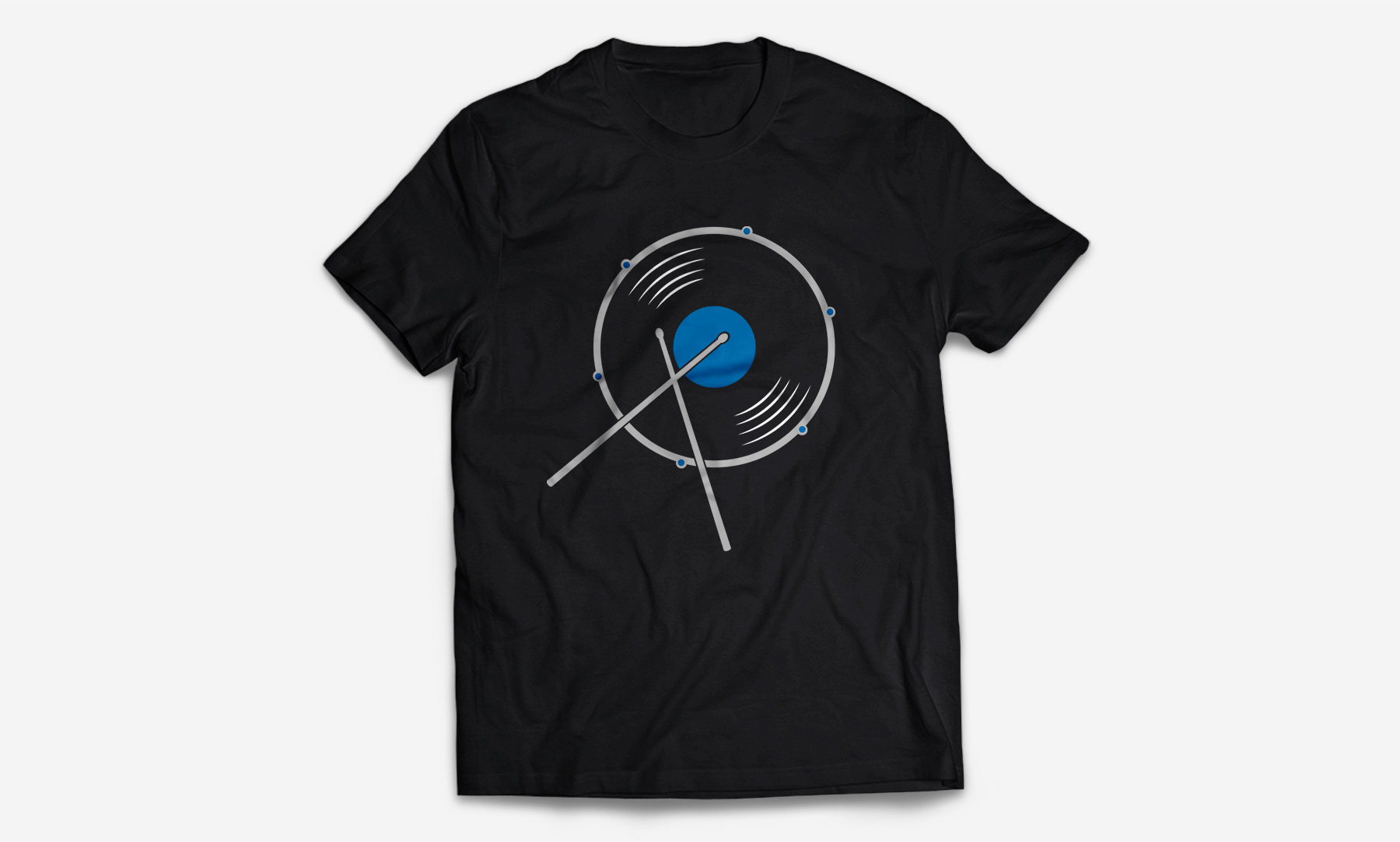 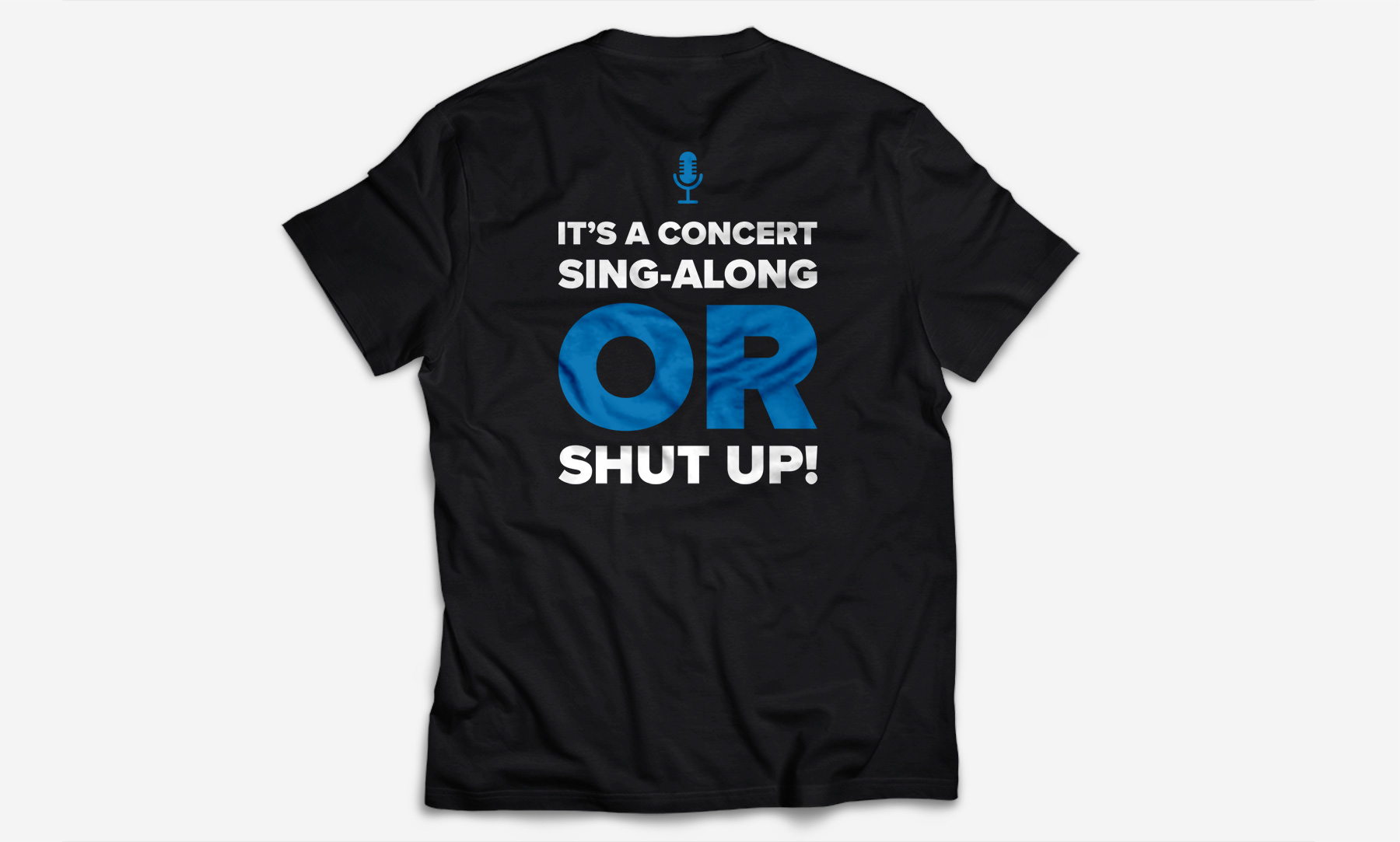 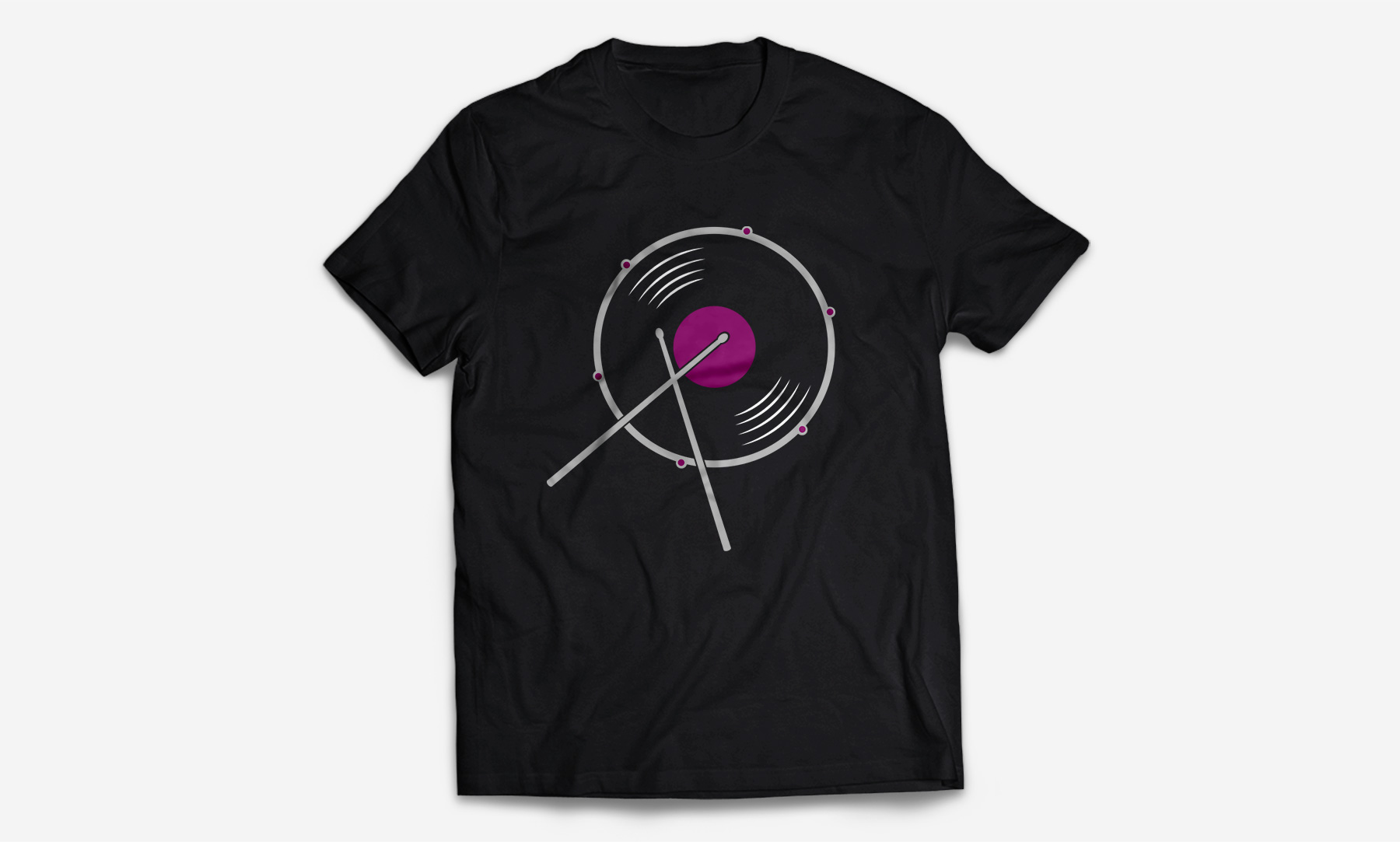 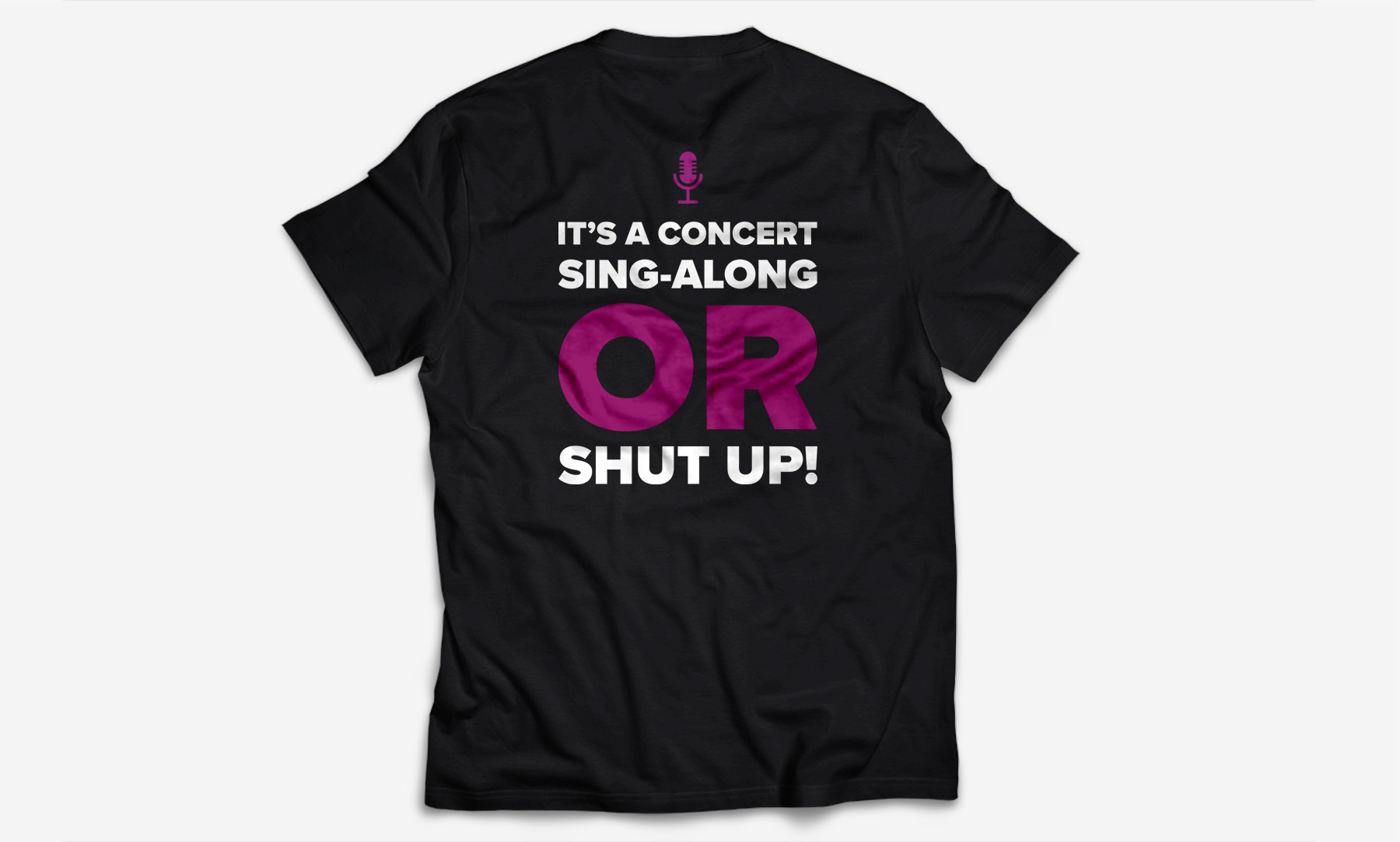 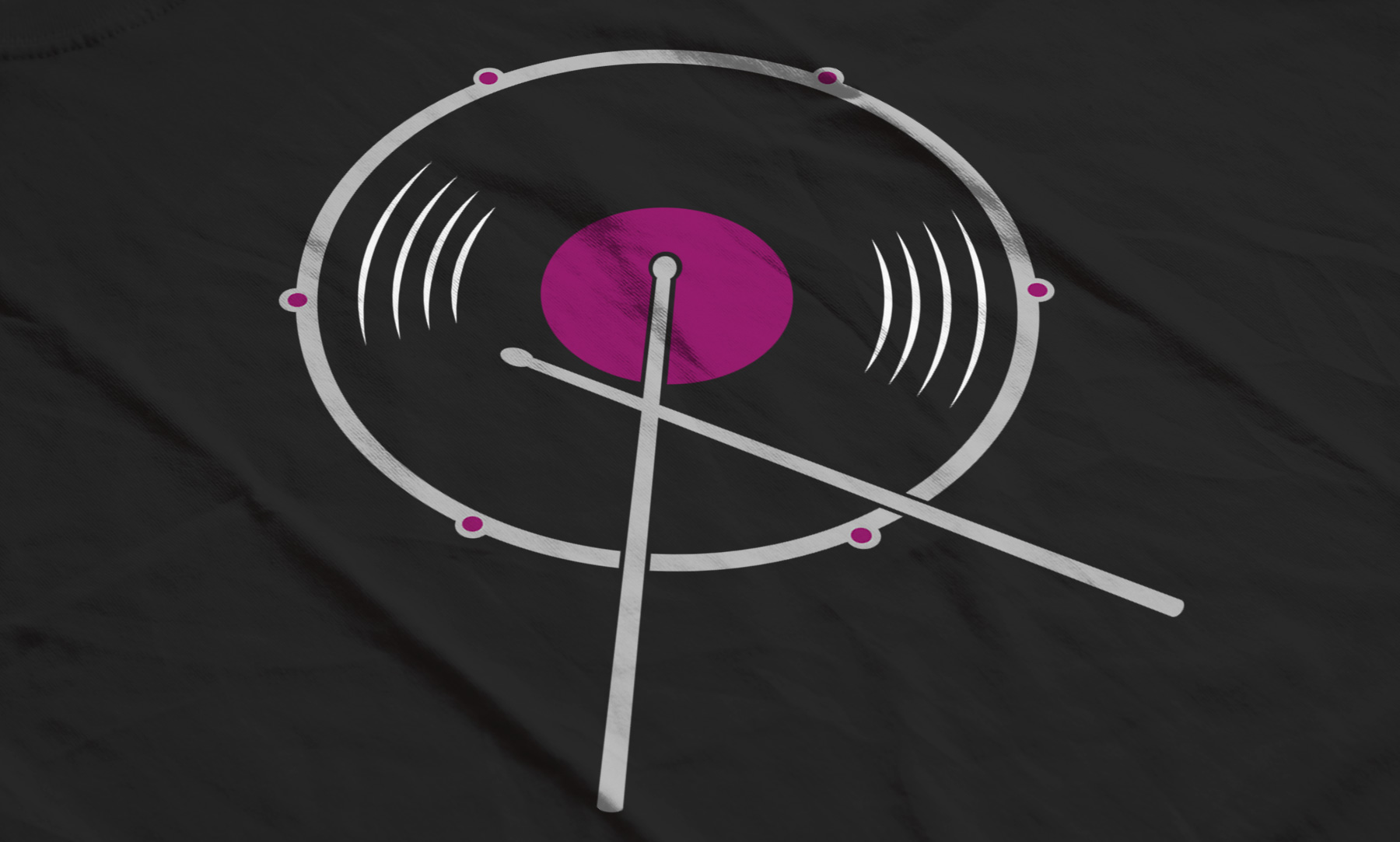 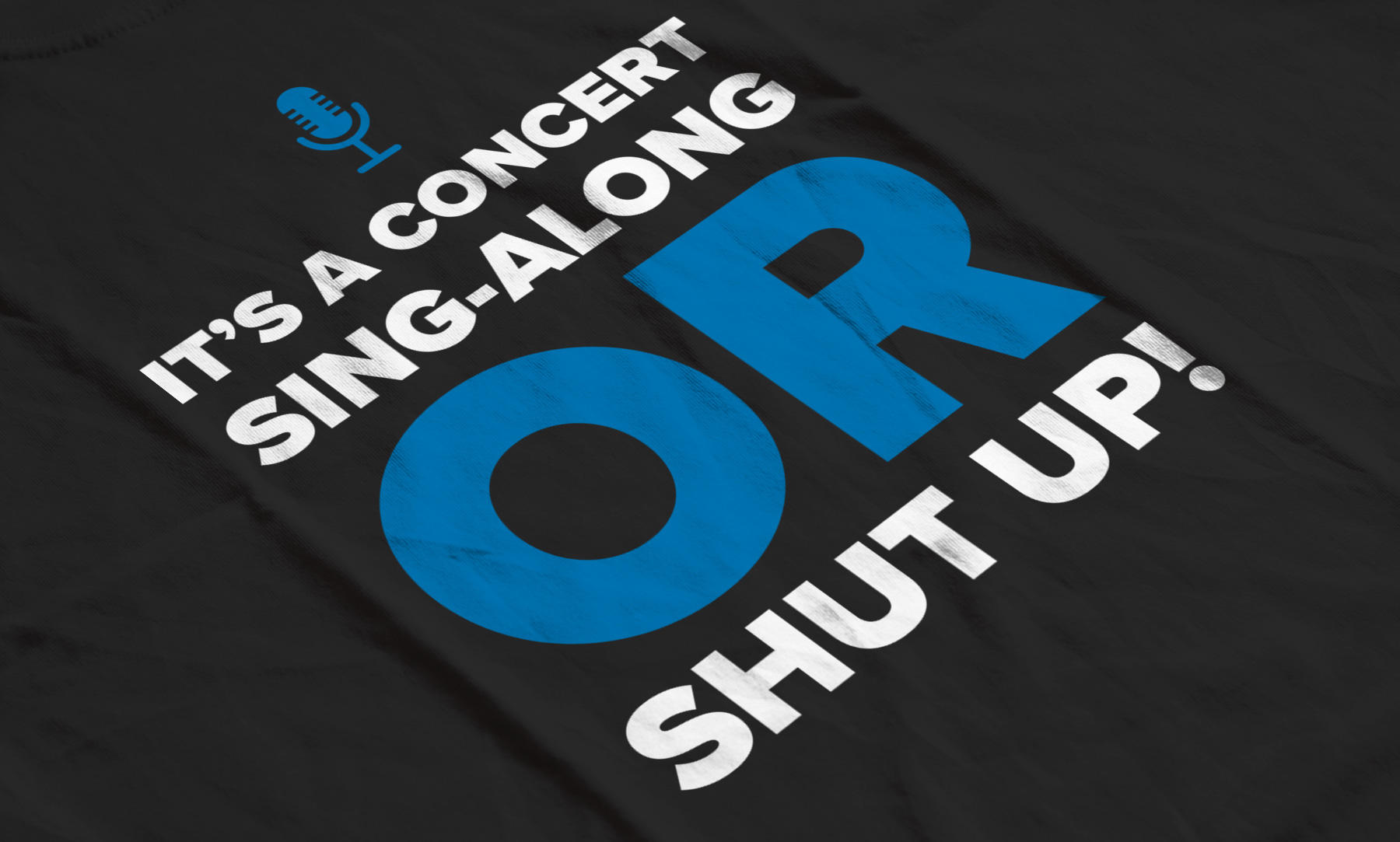